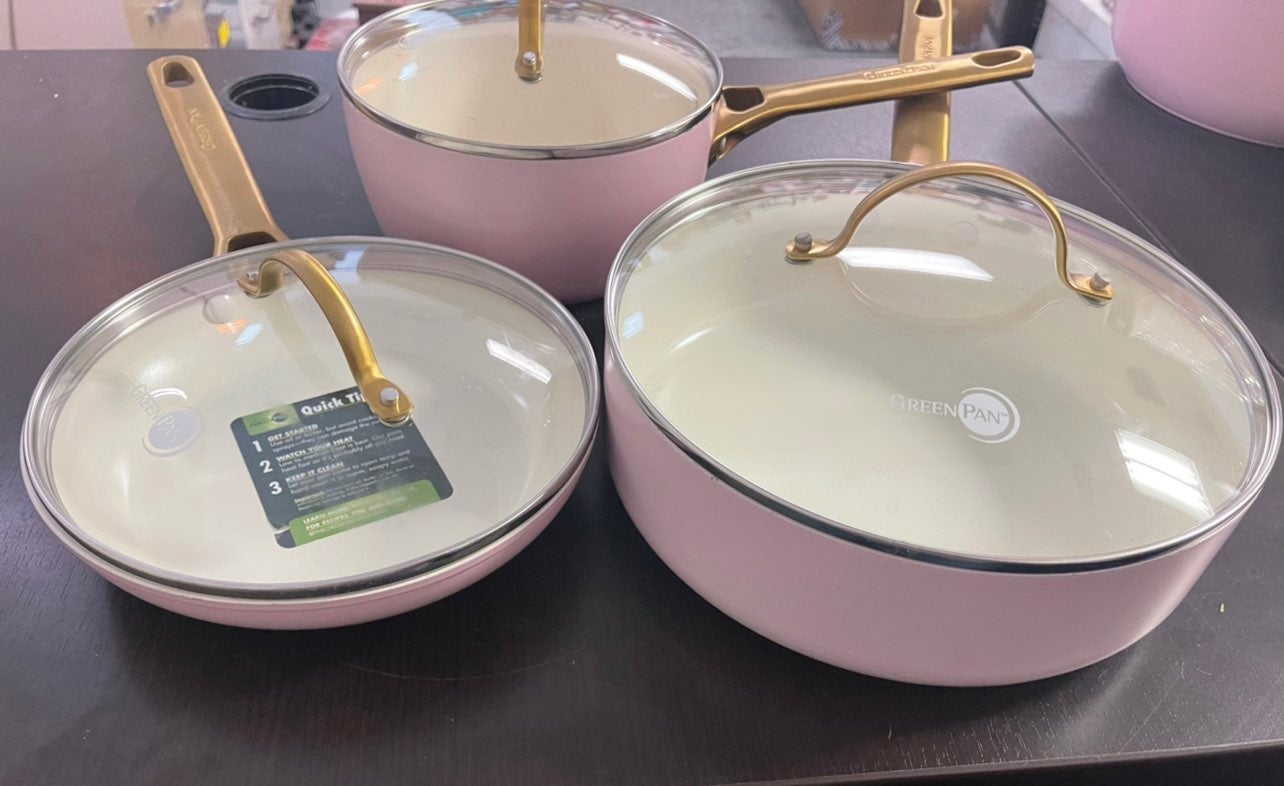 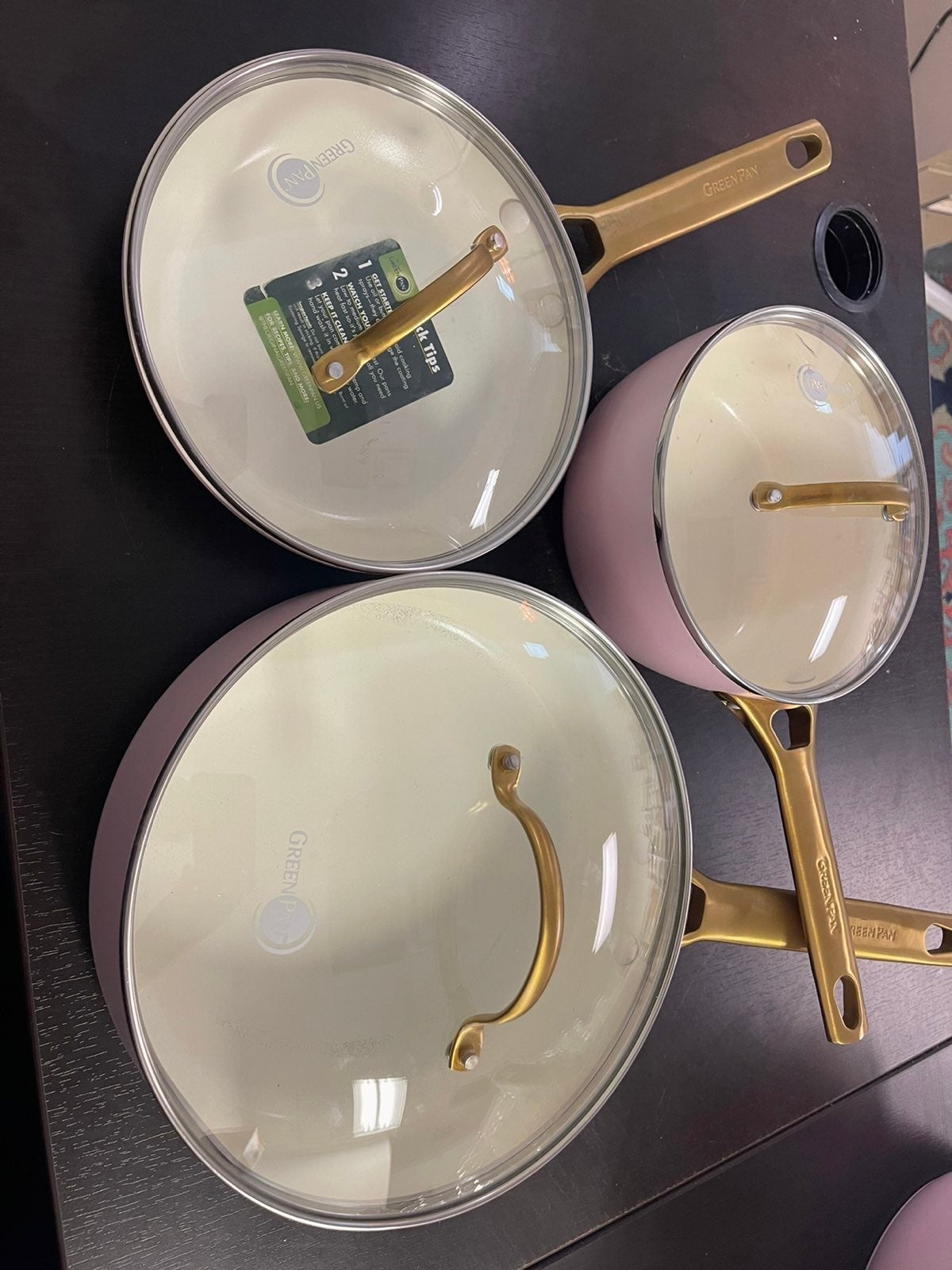 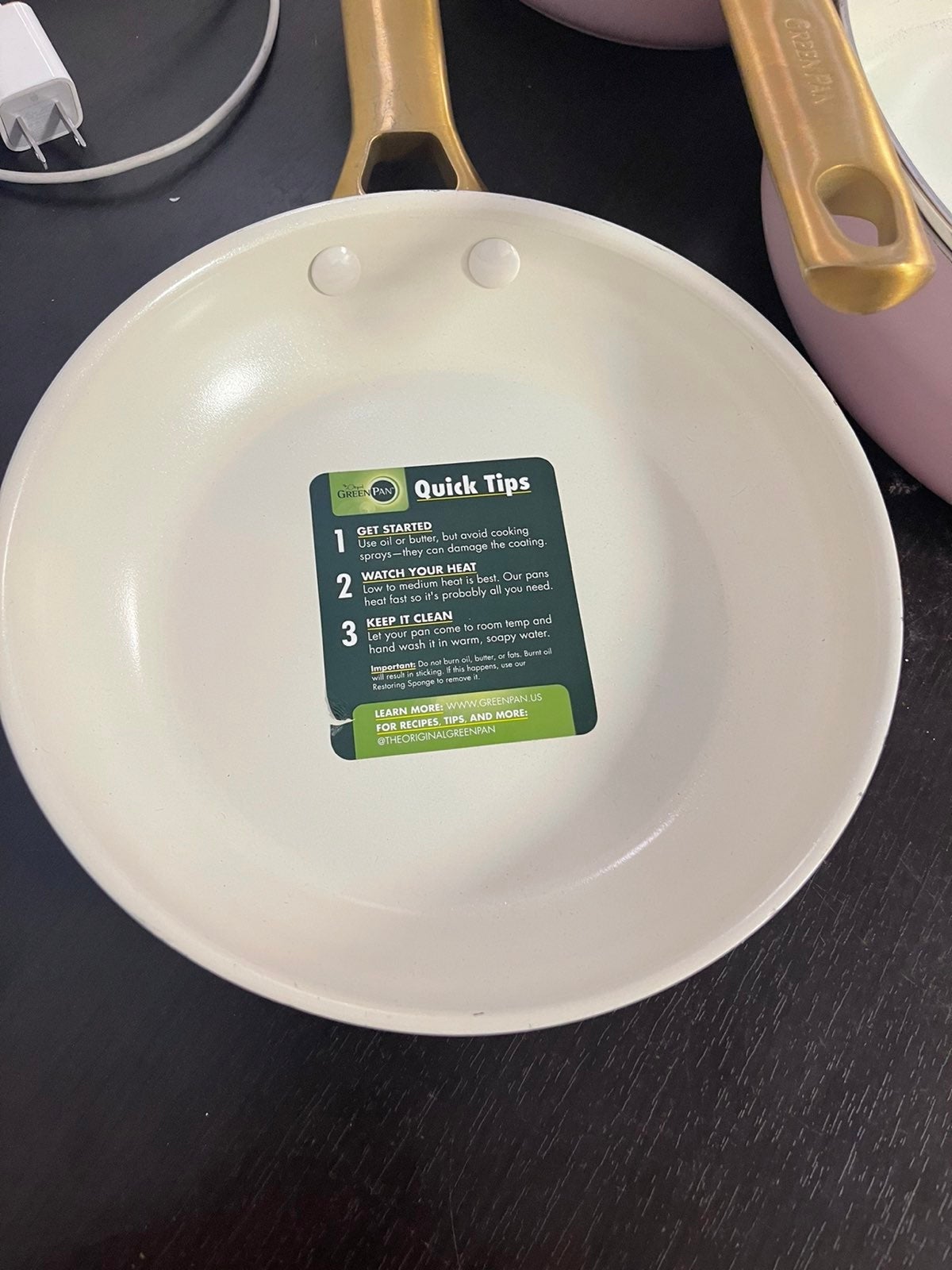 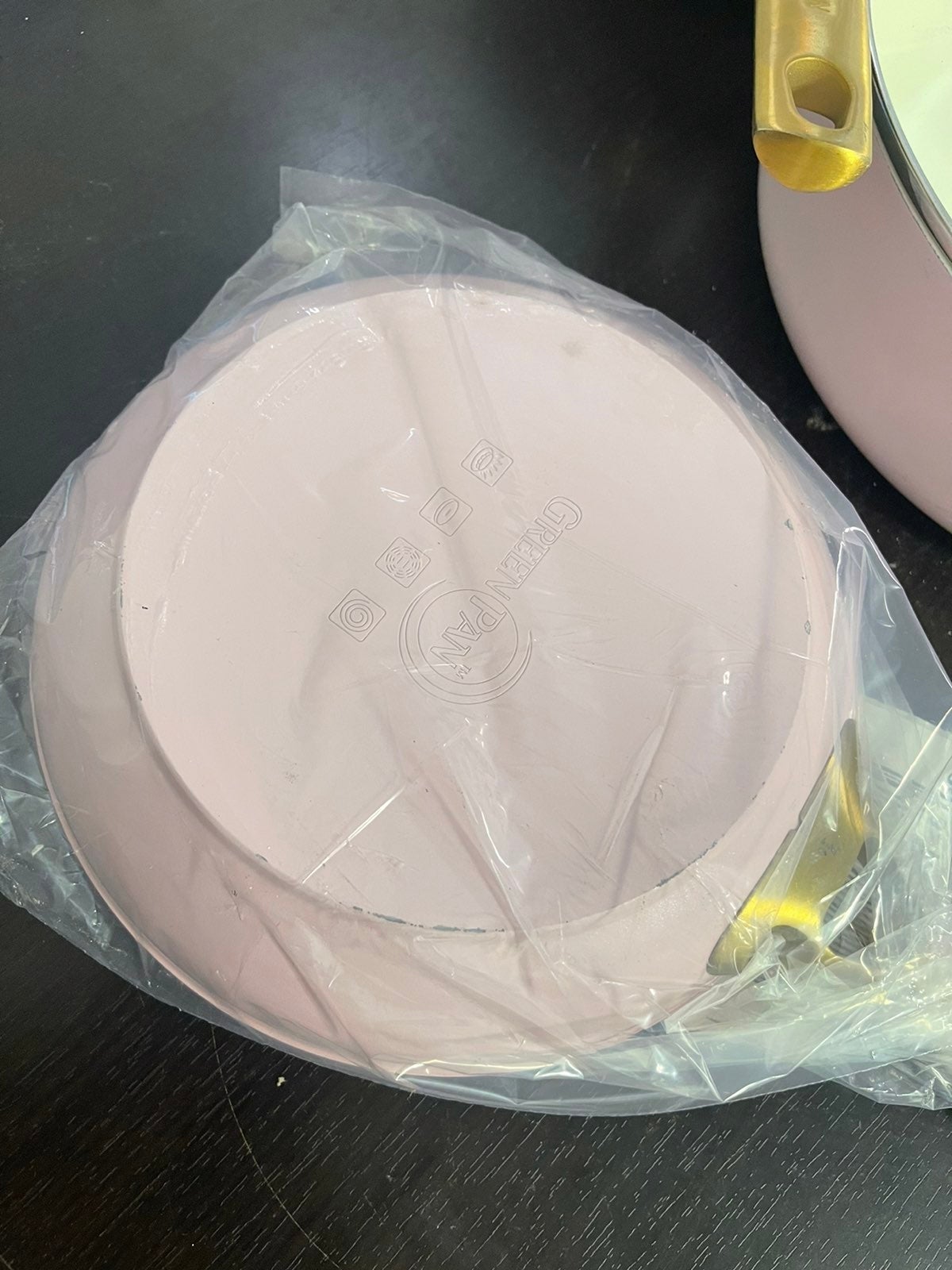 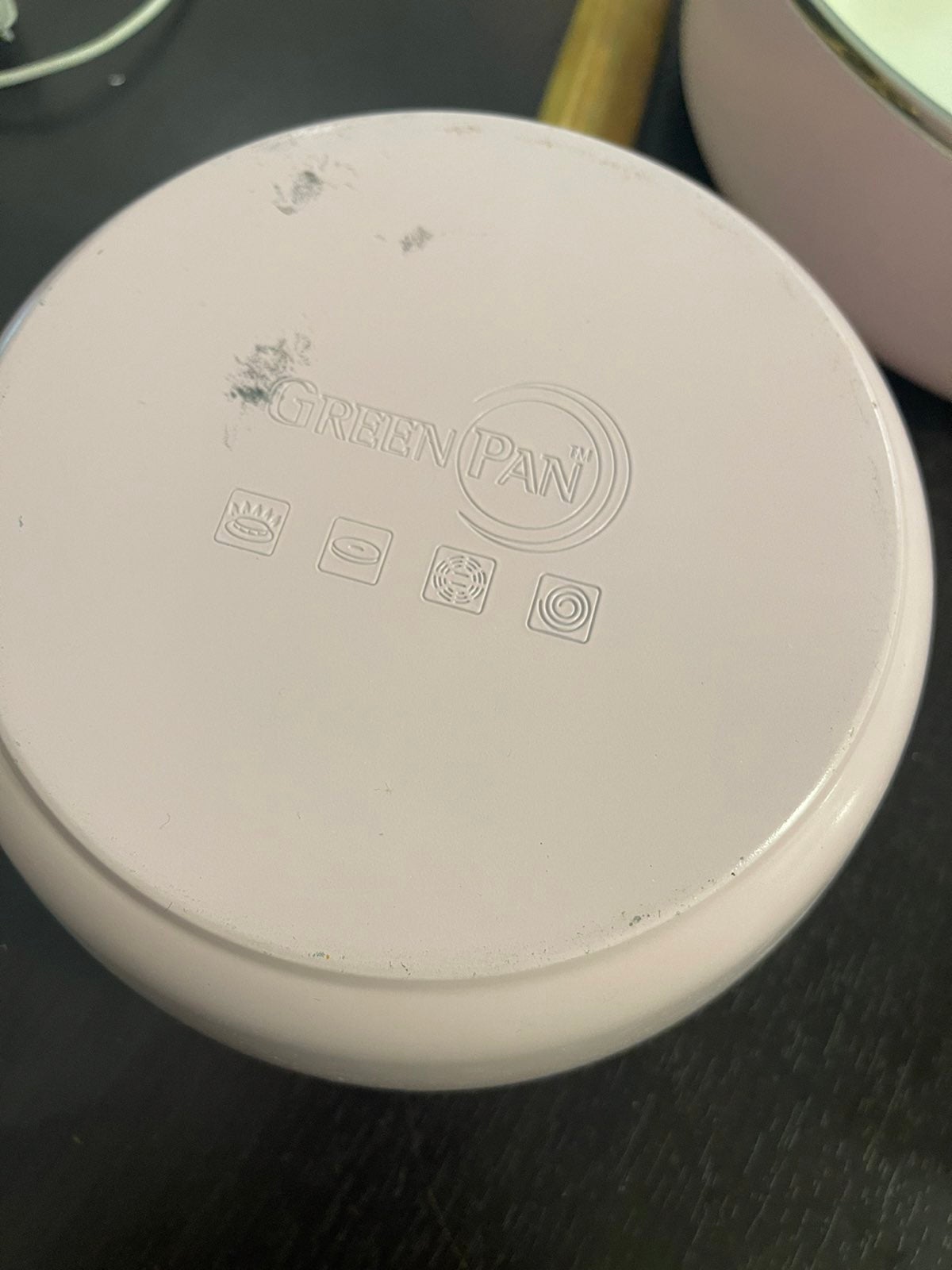 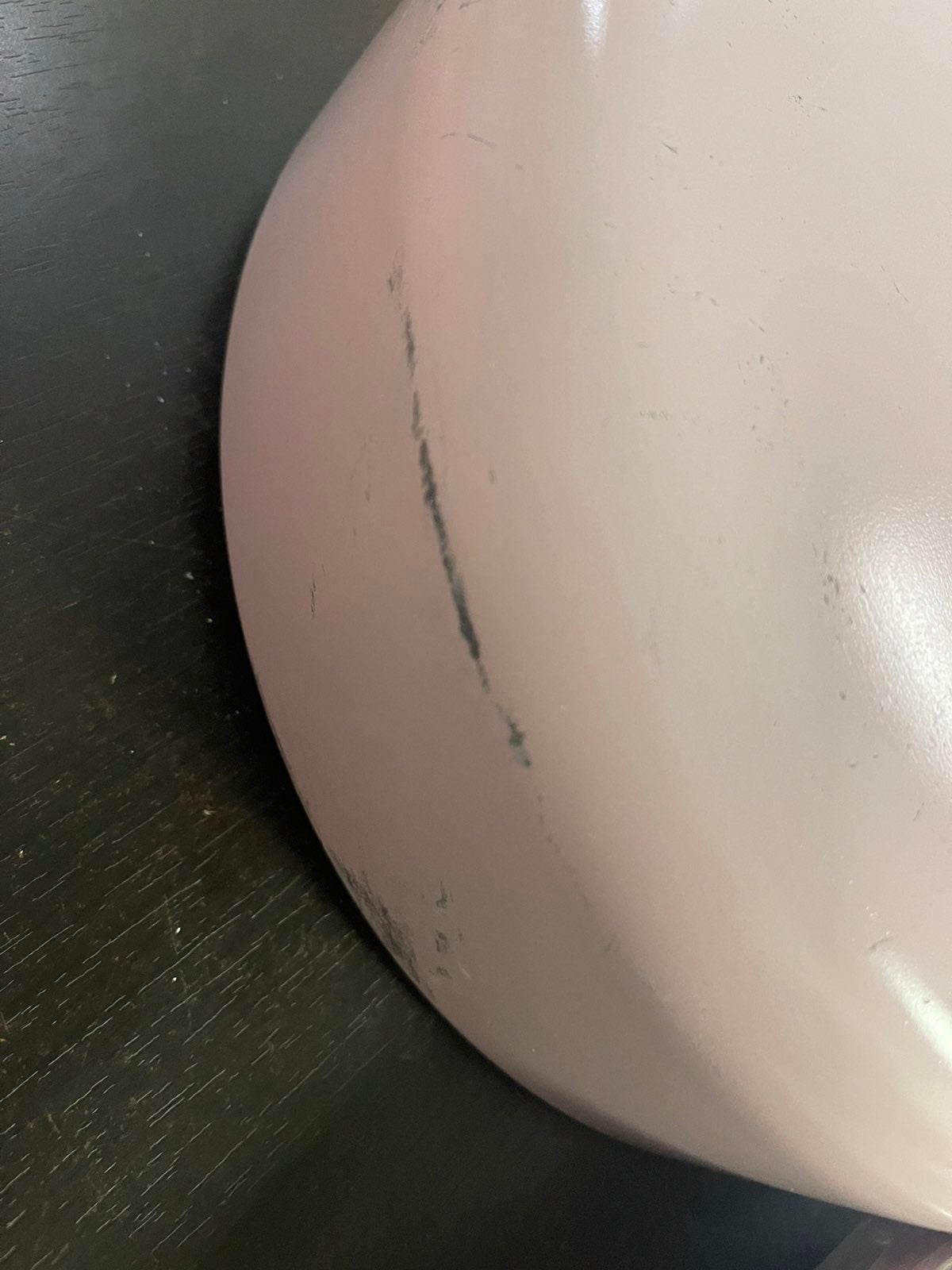 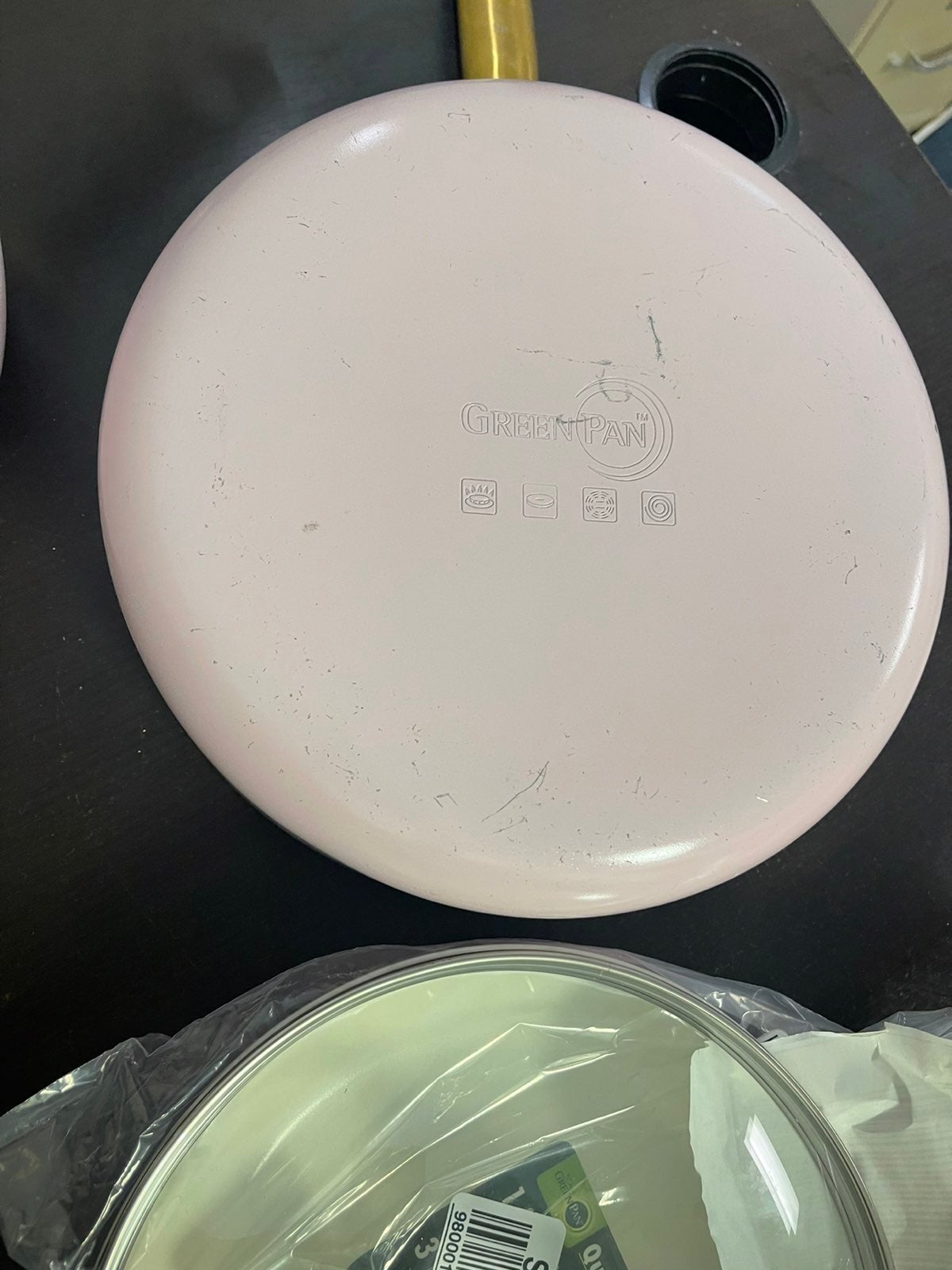 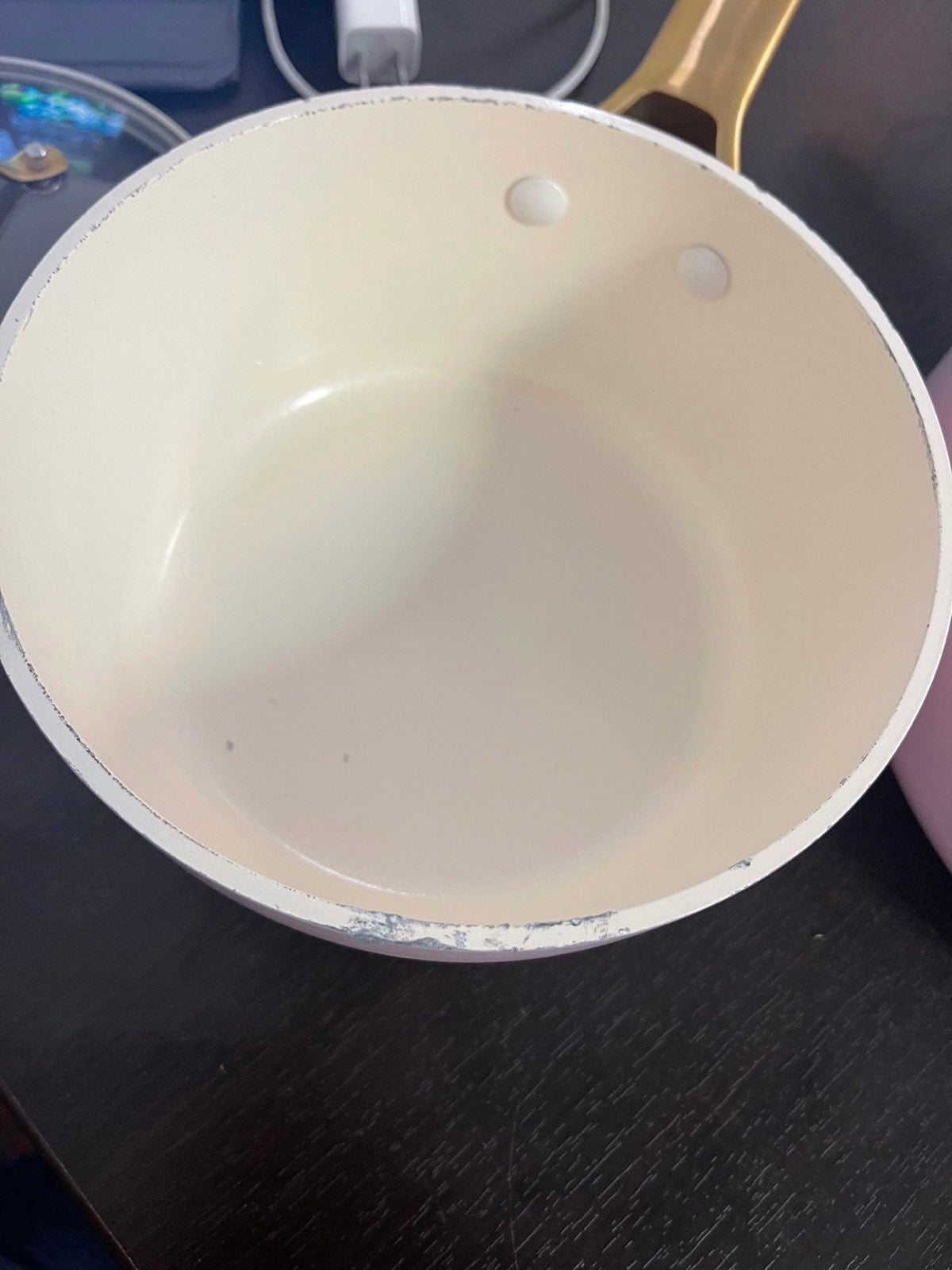 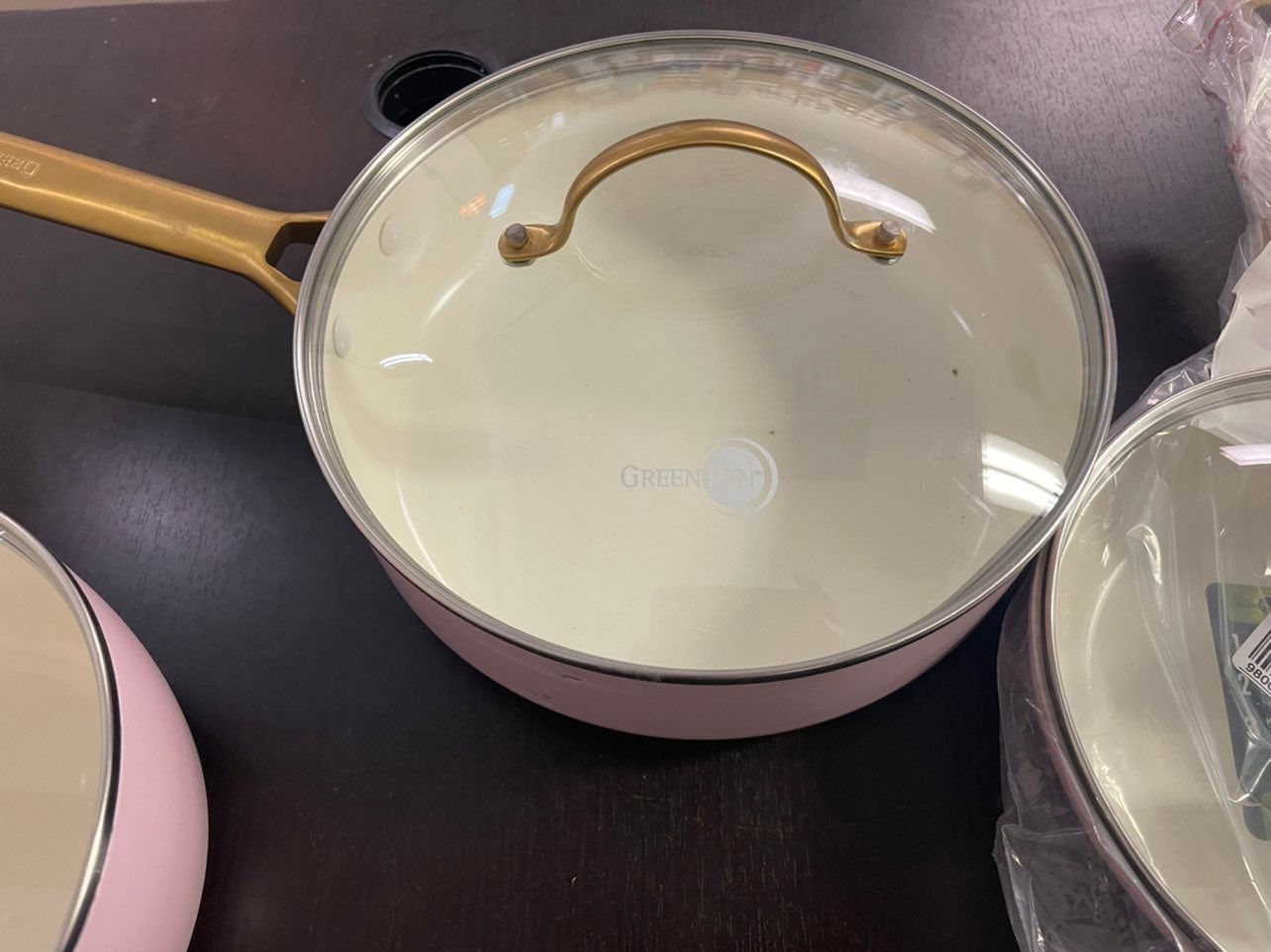 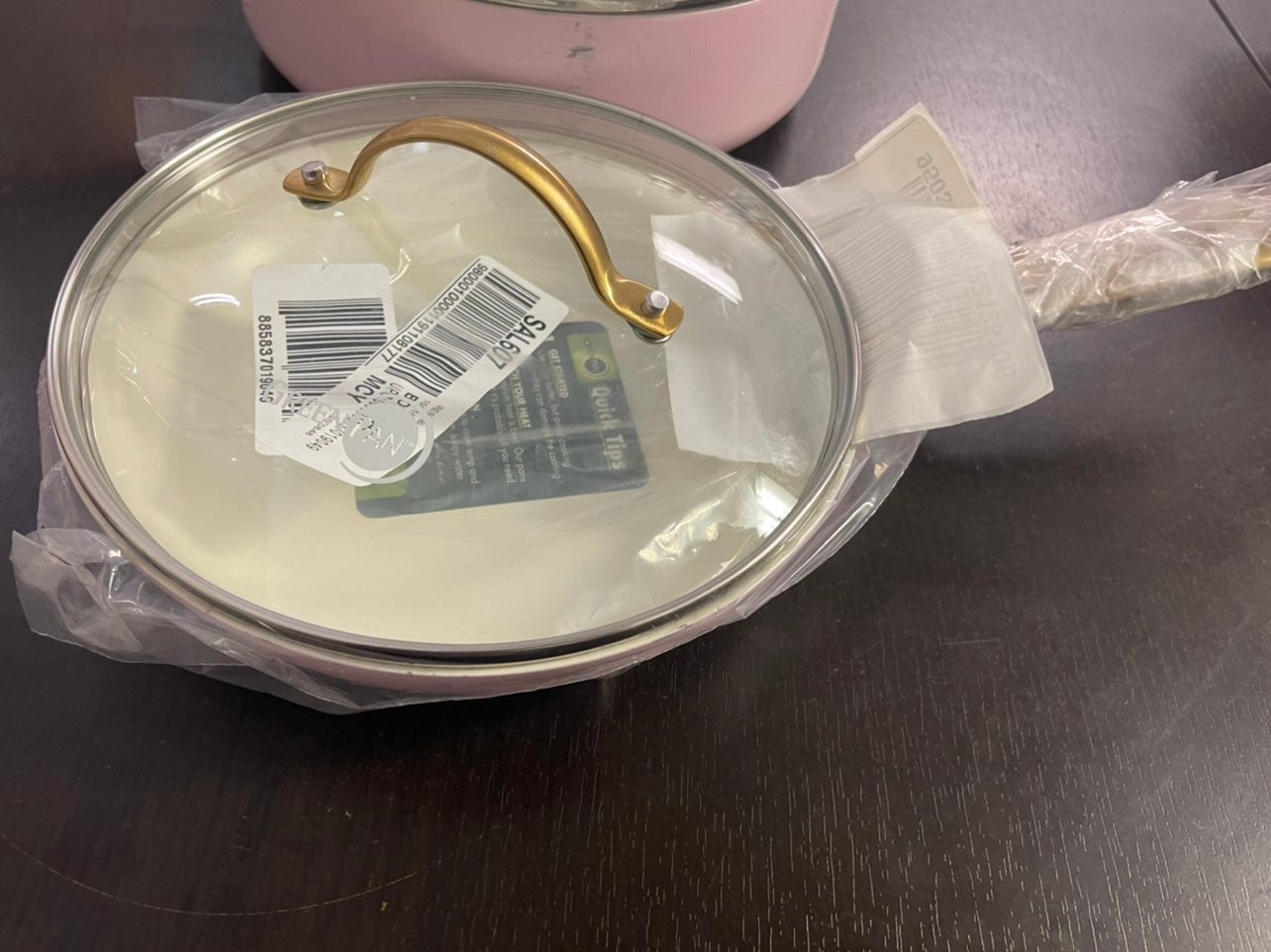 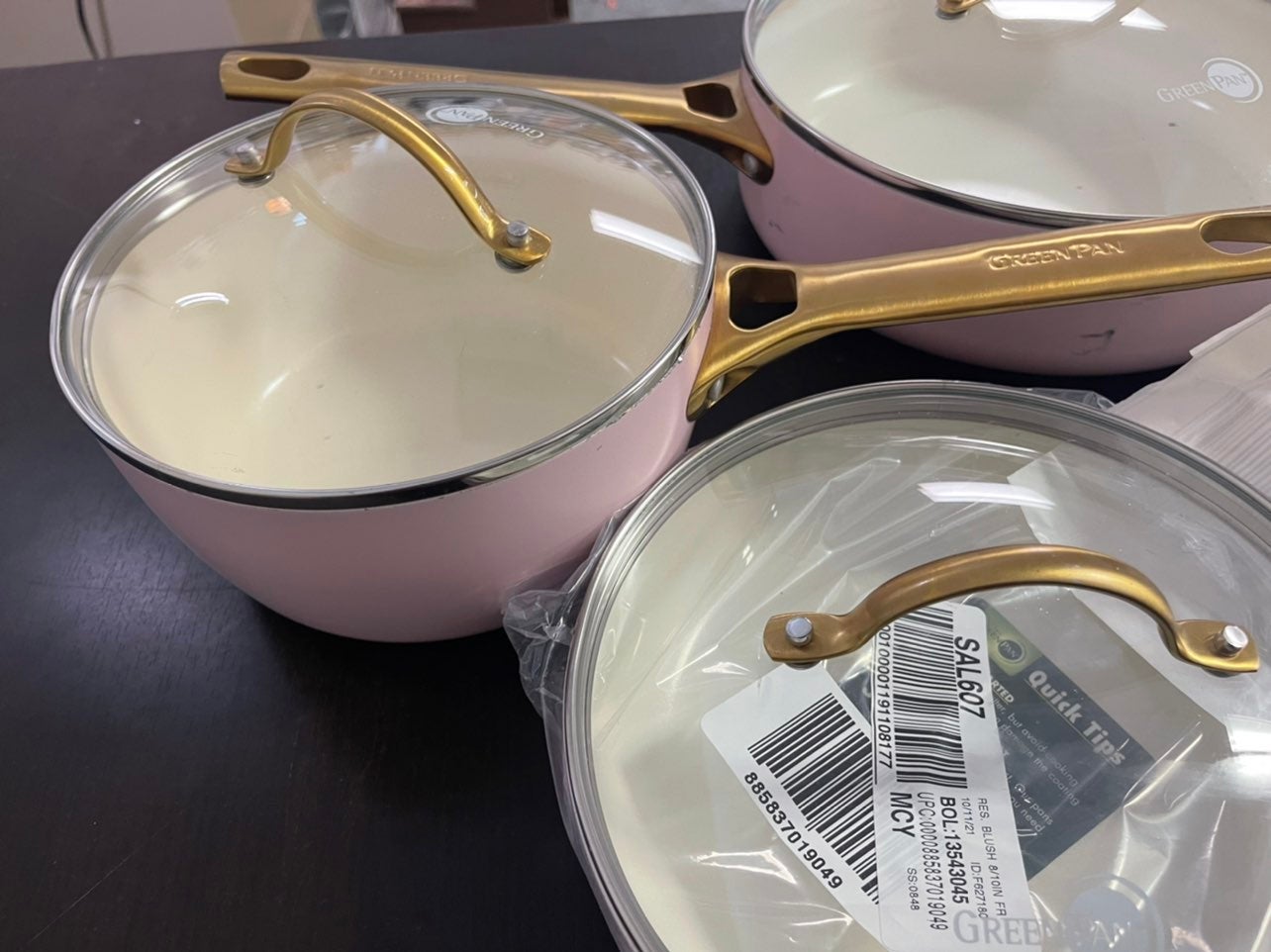 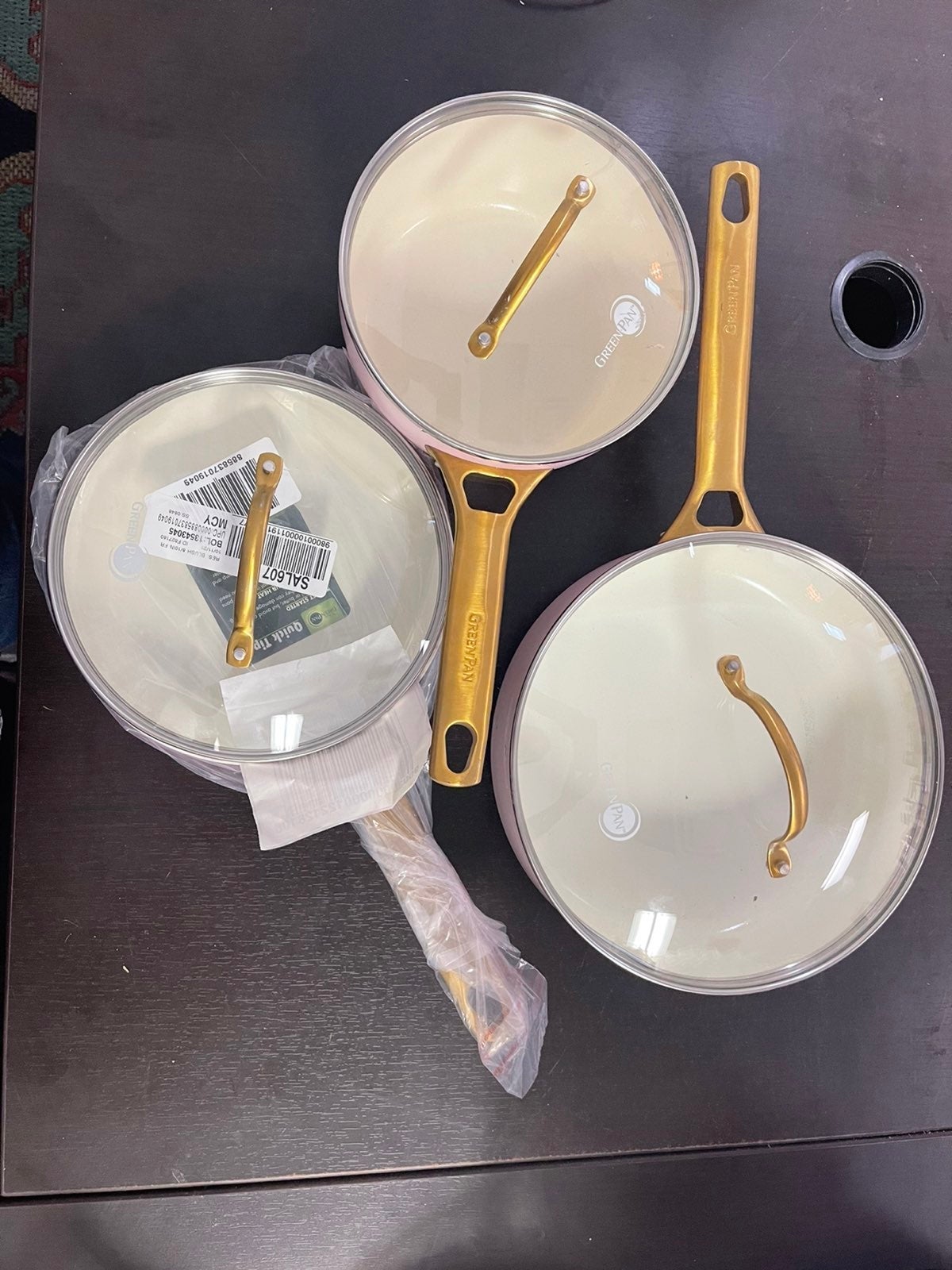 Green Pan pot set with lids Display from Macy , no sign be used but the paint is damage , see the pics 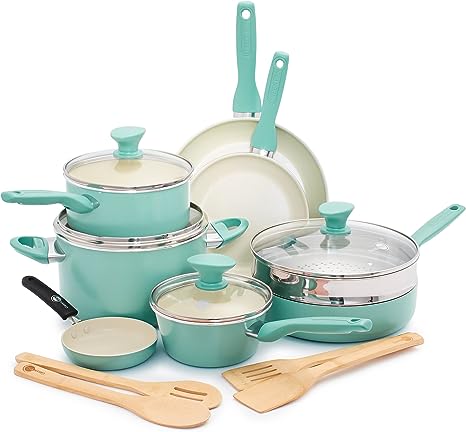 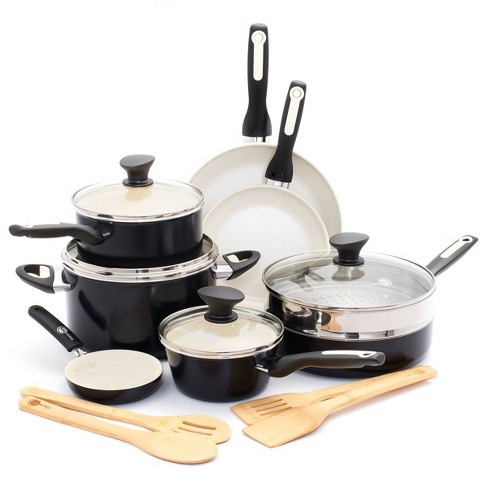 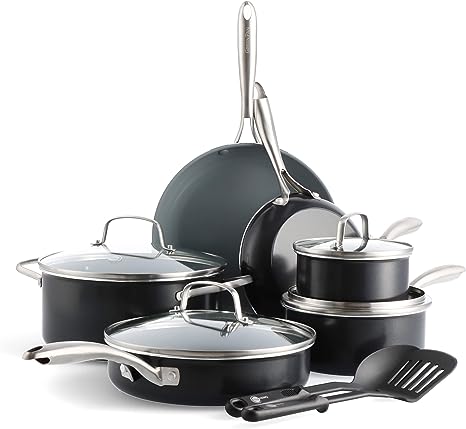 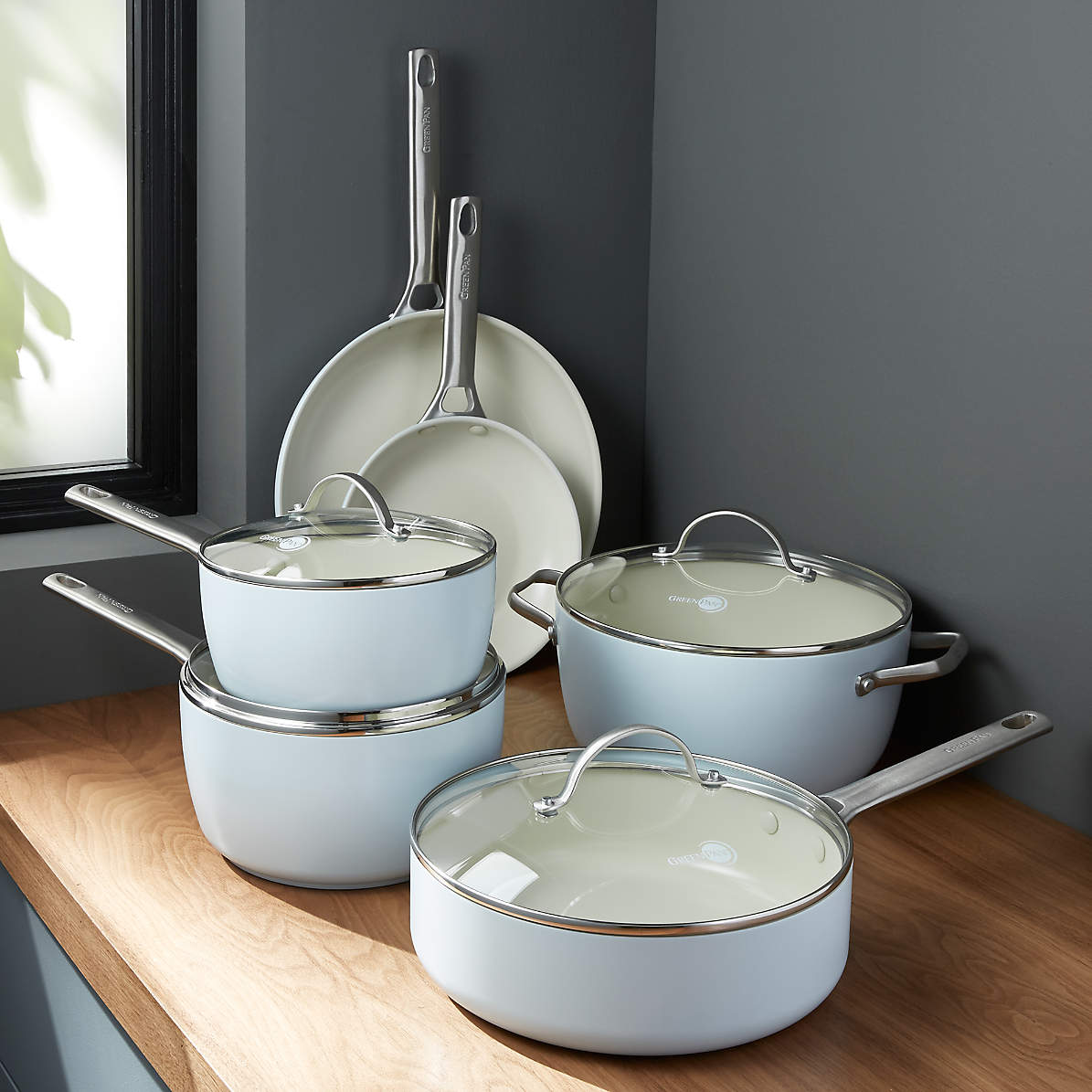 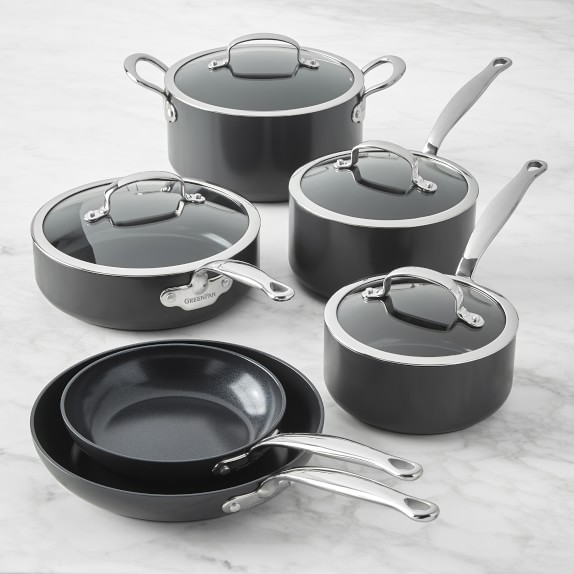 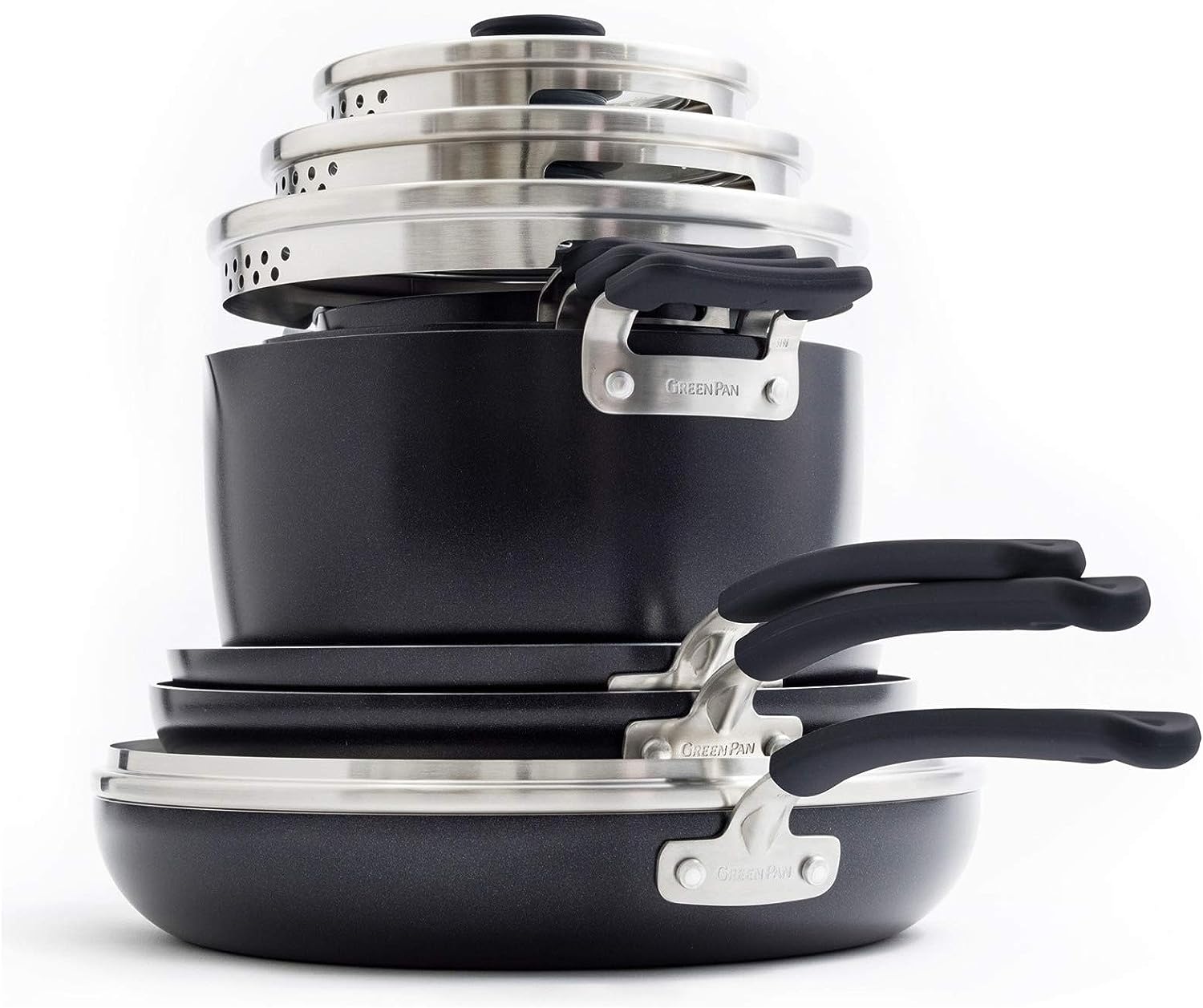 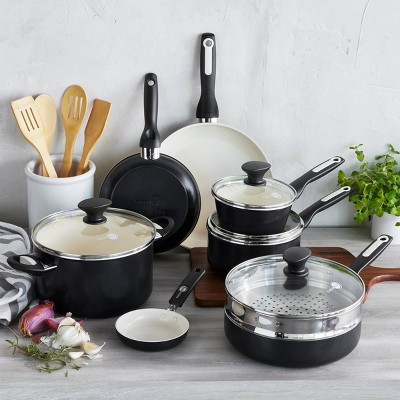 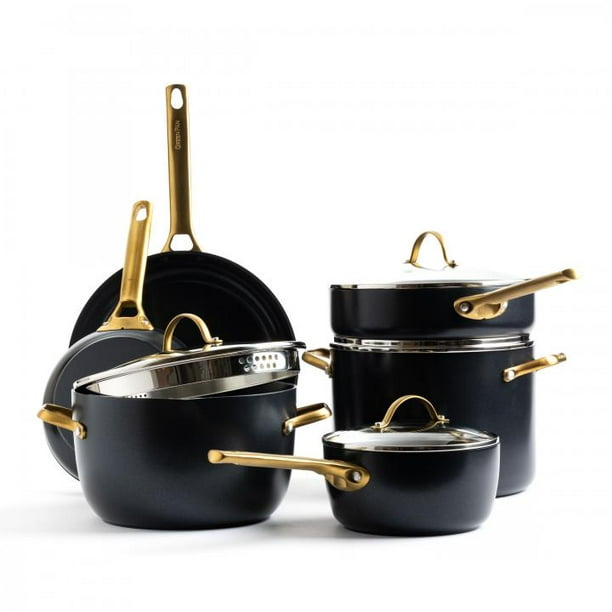 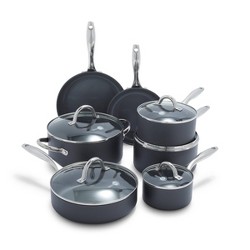 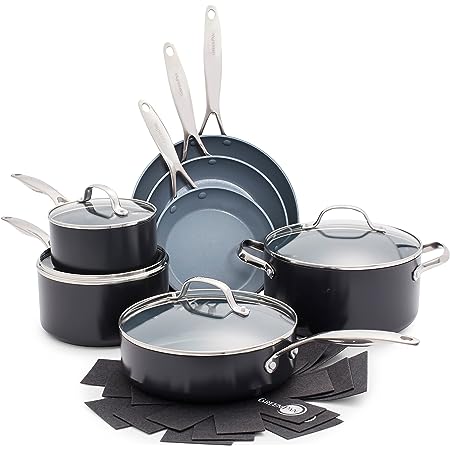 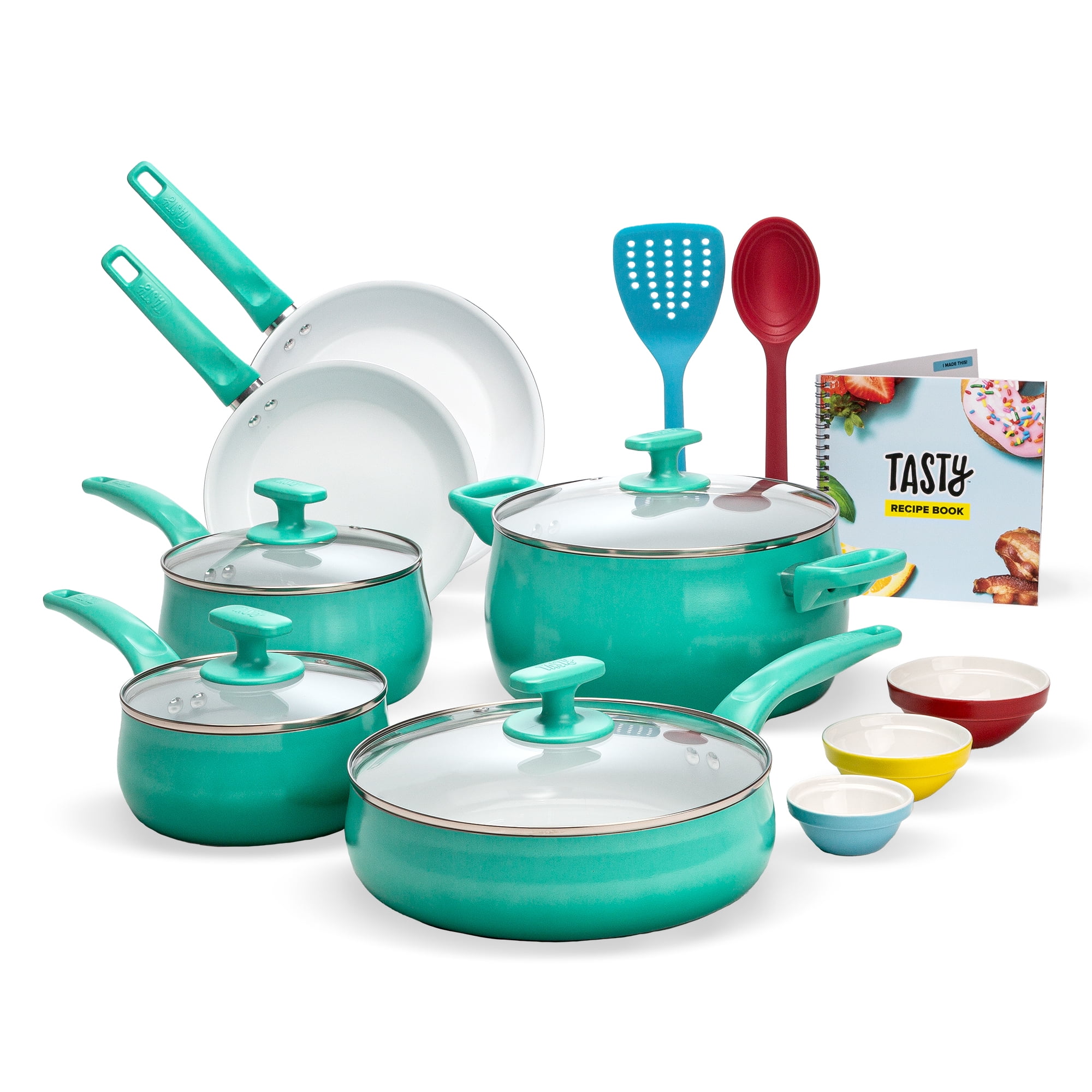 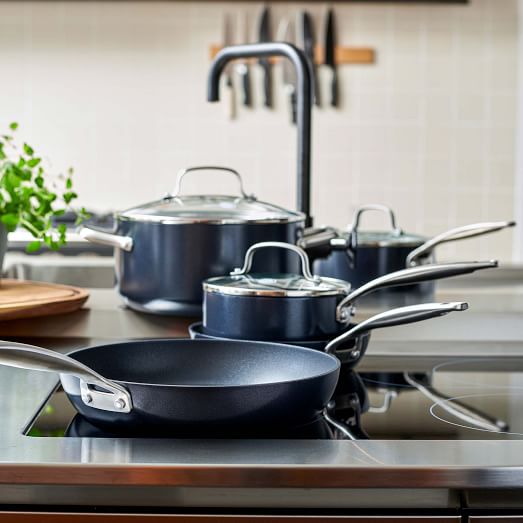